What’s great about Elon Musk isn’t just that he’s changing the world, but that he’s inspiring so many to do the same. Consider these quotes if you don’t believe me.

Do I even need to introduce the man? Elon Musk, how at the time of writing is 46, is already a legend. Far more so, I’d wager than some other big names like Mark Zuckerberg and Bill Gates. Sure, these latter figures changed their industry and are even doing their bit for humanity, but Elon Musk is trying to change humanity for the better.

He is pursuing technologies and ideas which will truly take us to the next level, including battery technology and the colonization of other planets. He’s changing how we look at what’s possible. And that’s something that we could all learn something from.

He’s also an incredibly quotable figure, who has said some things which can really change how we perceive the world. Now, to be fair, he’s said a lot of such things. So it’s been hard to choose the best. Nonetheless, I feel I’ve done alright. Here are some of the best quotes according to me, myself and I.

The truth is that none of us are going to be perfect the first time we do something. And that’s alright. It’s not about being perfect. In fact, perfectionism is incredibly harmful. Much better is to do your best, then sit back and consider how you can do it better next time around.

Because constant self-improvement is a much better way to achieve your dreams than trying to be perfect the first time out.

“Failure is an option here. If you’re not failing, you’re not being innovative enough.”

Along the same line, failure is a stepping stone to success. As long as you understand why you failed and you learn how to do things better the next time around, it’s not really failure. Instead, it’s a learning process.

“If you go back a few hundred years, what we take for granted today would seem like magic – being able to talk to people over long distances, to transmit images, flying, accessing vast amounts of data like an oracle. These are all things that would have been considered magic a few hundred years ago.”

We think of ourselves as every creative, but the truth is almost none of us see the technologies of tomorrow coming. To know the truth of that, all you need to do is look back to old science fiction movies and read old sci-fi books. Stories which were considered inspirational at the time, miss out on some of the biggest revelations. Like, where are the smartphones in Star Trek?

As a result, when somebody tries to push the envelope they are almost inevitably ridiculed for even trying – particularly if nobody knows who they are. Then, when they do change something, suddenly everybody assumes it was inevitable. Who still blinks an eye at the internet?

The lesson here is: Ignore both the haters and the minimizers. There will always be those who say something is impossible only to say it was inevitable after it happens. Strike out and try to do the impossible. Because it might be far easier than it’s made out to be.

“You want to be extra rigorous about making the best possible thing you can. Find everything that’s wrong with it and fix it. Seek negative feedback, particularly from friends.”

Here’s the truth: We all want to be told how brilliant we are by our friends and loved ones. And sure, up to a certain level we need it. This is particularly if we don’t have that much to show for our efforts, as then it serves to reinforce us and keep us going.

At the same time, when those close to you only serve as your cheerleaders you’re missing out on one of the most important sources of feedback that exists out there. After all, these people know you best and are in the best position to tell you what you’re doing wrong. And only when you know what you’re doing wrong can you take steps to ix it.

“If you want to grow a giant redwood, you need to make sure the seeds are OK, nurture the sapling and work out what might potentially stop it from growing all the way along. Anything that breaks it at any point stops that growth.”

Our current business climate has us sacrificing the long-term to the short-term. There are a lot of reasons for this. In part it’s in our nature, as we engage in things like temporal discounting and consider the present more valuable than the future.

Bio: Chris Mercer, pro writer, developer and founder of Citatior, a powerful academic formatting tool for the students, believes the future is bright if we’ll only let it be. He writes to help convince others to believe that too. 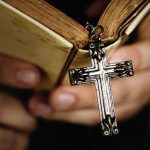 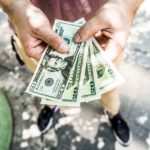 Too many people spend too much money 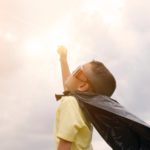 From Zero to Hero – How to Become Unstoppable 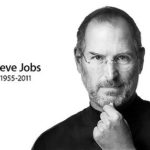