Being out of motivation as a student is a common thing. You just need to find your source of motivation. The best way to do it is to see how other people did it. We collected some of the best motivational stories for students that will make you study hard again. You will be fascinated with those people. I hope it will be a spark that will move you forward.

Let’s dive into the poll of inspiration.

Those five stories will motivate you to study hard. Your perception of learning will be permanently changed.  You’ll see that there is no excuse. You can become a master in any filed if you truly commit to it. In one of the latest posts, I mentioned Jim Kwik and Olympia LePoint in the real world examples of from zero to hero stories, interviews are included too, check it out.

from broken brain to a memory improvement master – Jim Kwik

This is the life story of Jim Kwik. Nowadays known as a master in memory improvement. Only a few people know his story. He had the brain injury when he was five years old. He suffered all through elementary school, middle school, and high school. It was basically a period of 14 years.

His parents were very supportive, they always knew that there is more for him. The amazing fact is that his mother became a special ed teacher because she really wanted to help him.

He wasn’t able to read for a period of three whole years. That describes a lot the condition he was in.  His will was so strong that he pretended how to read.  It was like impostor syndrome. Through the power of will and perseverance, he overcame it. He never stopped to work on his memory improvement and generally brain improvement.

Today he’s a mentor to some of the well-known people like Elon Musk, Bill Gates… He has many celebrity clients and he helped people in over 150 countries to improve their memory and brain performance.

His improvement is truly amazing. Now ask yourself what stops you from improving and learning? There is no excuse!

From failing student to Rocket Scientist

In the series of the most inspirational short stories for students here is the next one. The story about falling student Olympia LePoint that literally become a rocket scientist.

The story becomes special when you see what obstacles she overcame.

She had a brutal childhood. She was once stabbed in the face by the young gang member, abused, and at times eating only ice because her family couldn’t afford food.

You can conclude that she was lived in a poor neighborhood where violence was a common thing.

Adding on top of that she was very bad in school, failing at algebra, geometry, calculus, and chemistry. That didn’t stop her to transcend her circumstances and ultimately went on to graduate in the top five of her college class with a degree in mathematics.

After the accident in which she got stabbed, she moves to a new school. But couldn’t afford to move to a new neighborhood. Now she was two hours away from her new school. Going every day through the transition of two very different areas/mindsets.

She was fascinated with the people in her new school. An interesting fact is that her English was “broken” compared to kids in the new school. She meets mentor that teaches her math so she could get positive grades. Through this process, she realized how actually smart she is and the only thing that was stopping her was fear.

To make the story shorter she started to teach math and afterward she got an offer to work for NASA on real rocket design.

The only thing that stops you is the fear of unknown. Nothing is that hard that you can’t learn or overcome. I recommend you to check her book called Mathaphobia


Find out why being a genius doesn’t matter

Taylor Wilson is the youngest person in the history to achieve nuclear fusion, at the age of 14 he built it in parents garage only using discarded parts and internet.

He mined Uranium by himself, he managed to smash together atomic nuclei as such high velocity that he achieved temperatures 40 times greater than the core of the sun. He’s the only 32nd person in human history to do such a thing.


Sounds like science fiction? Well, it’s not. The whole story is real and it actually happened.

During the high school, he acquired a deep base of knowledge at least 10 fundamental fields of science including physics, chemistry…

He developed a medical device that created diagnostical medical isotopes that dramatically lowered the cost of cancer detection.

You wondering how he learned to do those things? As he said the best way to learn about a topic is to learn history.

He doesn’t consider himself as talented nor genius. The curiosity brought him to discoveries he made. He’s truly passionate about new things he learns.

The man who mastered thinking

Richard Feynman was a truly amazing and inspirational man,

He developed methods that help him to see and explain complex problems and solutions on the easy way so anyone can understand it.

It’s unbelievable how with such ease he simplifies things. You should watch some of his interviews on youtube, you will be very impressed with this man.

This man will help you to think clearly and to understand any matter with ease.

The man, the enigma

It has been over 100 years since the birth of Alan Turing. Turing was cryptographer and pioneer of computer science whose life was one of the secret triumphs shadowed by public tragedy.

Today Historians believe that the successful work on Enigma shortened the war by two years.

He saved countless lives with his precious breaking of Enigma code.

He showed how math can be powerful especially in the war, his determination in solving one of the biggest challenges in the 20th century is so incredible.

If you didn’t watch the movie The Imitation Game 2014 you missed the masterpiece. It’s a movie that shows how Alan Turing decrypt Enigma.

I also mentioned it in the post 13 motivational movies for students so if you need additional motivation, feel free to check it out. 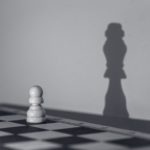 Face your past without regret. Handle your present with confidence. Prepare for the future without fear 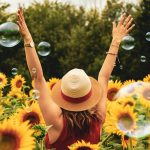 Charisma : How To Master The Art Of Personal Magnetism 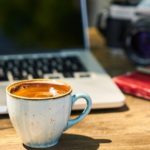 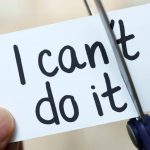